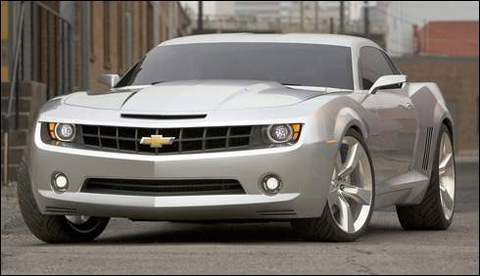 GM CEO Rick Wagoner will announce that the Chevrolet Camaro concept will be built as early as 2008 and that a V6 will join two V8s as the powertrain offerings.

This platform, with independent suspension all around and robust parts for large and high-performance cars, was shelved for a while to save costs as GM struggled to bring its bottom line under control, but it is ready to go now.

Tthe next phase of making a real-world Camaro happen has to do with finalizing a production design, developing a specification list that will generate the requisite sales numbers, setting up to stamp out body parts from sheetmetal. The magic number of new Chevy is 100,000 units.