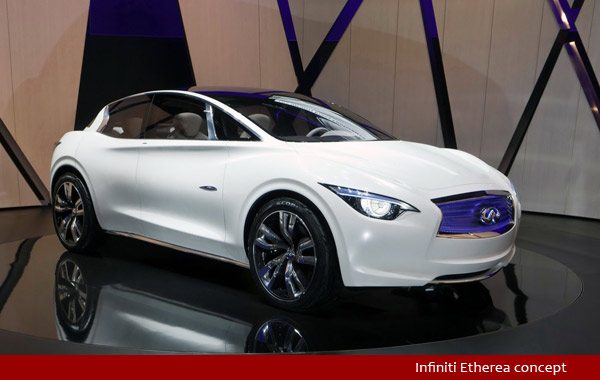 Infiniti confirmed on Wednesday it has decided to build the new car, based on Etheria concept, in the UK and is scheduled to begin in 2015. Production will take place at Nissan’s Sunderland manufacturing facility. While the Japanese carmaker has yet to show the production version of the as-of-yet unnamed compact model, it has previewed it with the Etherea concept.

The Infiniti model will likely be based on Mercedes-Benz’s MFA modular architecture that also underpins the A-Class. Infiniti said it will invest around US$407 million into the Sunderland facility to build the car at an annual rate of around 60,000 units. The move is expected to create an additional 1,000 jobs across the UK, including 280 new jobs at the Sunderland Plant.

The decision to build Infiniti’s compact car in the UK will come at the expense of Nissan’s upcoming C-segment hatchback with which it plans to rival the VW Golf.

“Because of capacity limitations at Sunderland, securing the new Infiniti will mean that a C-segment hatchback previously announced for the plant in April will be manufactured elsewhere,” the company said in a statement adding that more details are to be announced next year.