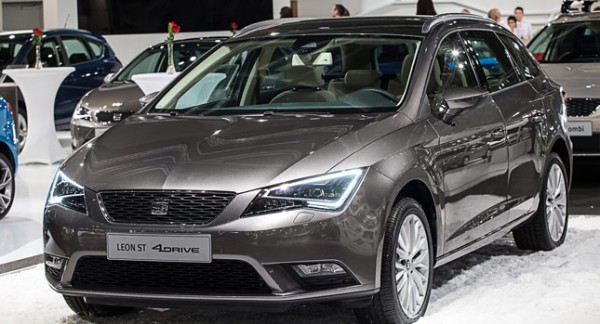 The two TDI engines are mated to a six-speed manual transmission, with average fuel economy standing at 52.2 mpg for the 1.6-liter and 49 mpg for the 2.0-liter. Both models are fitted as standard with a start/stop system and braking-energy regeneration.

The 4Drive system looks like a permanent all-wheel-drive system that uses a multi-plate clutch with hydraulic actuation and electronic control – a fifth-generation Haldex clutch. Sounds great!

In normal operation, the clutch sends most of the engine power to the front wheels, but when traction suffers, the torque is diverted to the rear as well.

The Seat Leon ST 4Drive 1.6 TDI will be introduced in Europe this April, with the 2.0 TDI model to arrive in summer.